Lifestyle Inflation Is A Beast You Must Tame

Ever got a raise at work?

Where did it go? How did you spend it?

My guess is you bought something, charged even more on your credit cards, or bought a bigger house or a nice car. Sound familiar?

Lifestyle inflation occurs when you get a raise, a bonus, or a higher paying job, and, you spend it. Your spending increases ever time your income does. I’m here to tell you – that’s not a good thing.

The worst thing about lifestyle inflation is that it forces you to live paycheck to paycheck. You are never truly getting ahead because as your income rises, so does your arsenal of “goodies”. I would define goodies as new cars, furniture, video games, flat screen tv’s… Actually, I would define it as anything you “want” or “instant gratification.”

You feel richer because you got a raise so you justify buying more stuff. After all, you “deserve it” right? Wrong. Let’s take a deeper dive into this beast that needs to be tamed.

How To Avoid Lifestyle Inflation

Let’s say you got a fancy new promotion at work and your income is now increased by $500.00 per month. Wow, the things you can do with that money right? Let’s say you’ve had your eye on a new car for some time and now that you got a raise, you rush out and get the car of your dreams – and a payment of $600.00 per month. But, you “deserve it” right?

Not only are you now spending $100.00 more per month than the raise you received, but what is the opportunity cost of buying that car?

Whenever we make choices there is an opportunity cost that goes along with it. For instance, the new car you just bought means you won’t have $600.00 a month to do other things with. Perhaps like paying off debt or investing for your retirement.

Even if you were “smart” and bought a car with a payment of $500.00 per month, your raise did you nothing. You aren’t any further ahead today then you were yesterday. That $500.00 per month raise could be put towards your retirement. What would that mean? Think about it – that’s $6,000 per year MORE than you are saving today. Just because you got the raise doesn’t mean you NEED to go out and spend it. Furthermore, you don’t “deserve” that car any more after the raise then you did before it.

You had a budget before you got the raise right?

Stick to it even though your income increased.

A Smart Choice for “Raise Money”

Let’s assume for a minute that your annual raise at work is 3%. Some of you might be more and some might be less. But, 3% is a good figure to work with. Let’s also assume you make $50,000 per year (nice even number) so that raise means an extra $1,500 per year. Instead of spending the money, or even having it available to spend, would be to increase your 401k contribution by 3%.

That new raise you received will go straight to your account, you won’t ever see it. Further, it won’t be taxed so you would be getting the full effect of the money saved.

This is a good option if you think you might be tempted to spend the newly found money on your paycheck. Look, you lived on your salary before the raise and you can live on it afterwards. Instead of upgrading your lifestyle, upgrade your savings rate!

A More Reasonable Approach For Some

OK, I’m not going to be a total stickler and tell you that you can’t spend any of your raise. I’ll give a little – I won’t go so far as to say you “deserve” it, but I will say you EARNED that raise and life is meant to be lived right?

I just don’t want you to do what most people do and that is spend all of the raise, or spend more than the raise.

How about half and half? Going back to your $1,500 a year raise, how about increase your 401k by a single percentage point? Then, pay some debt down, and start a fun fund.

What is a fun fund? It would be a small pot of money that you would use for whatever you want. I know I said earlier that it’s not all about what you want. However, you should have a slush fund for when you really want that new pair of shoes.

Avoiding lifestyle inflation shouldn’t mean depriving yourself. Instead, it just means being reasonable and putting SOME of your newfound money to work, while enjoying the fruits of life with a smaller portion.

Being smart about your money means managing it. So, don’t deprive yourself but don’t throw caution to the wind either.

When we get a raise at work, a tax refund, or some other new source of money, we often feel elated. We feel as though we can spend freely! We can get that shiny new thing we have been looking at! While these things may feel important at the time, the “elation” will only last a short while. Most raises are really peanuts in the scheme of things. Be smart with your money and do your very best to live within your means. Income and lifestyle creep will happen, but be aware and do your best to manage it. 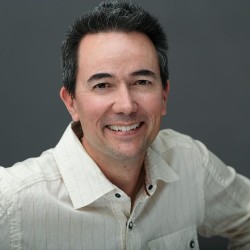 Jason
Founder of FinancialSumo.com, his writing has appeared on many financial, entrepreneurial and small biz sites across the internet. When not writing, Jason enjoys spending time with his family in San Diego.

Latest posts by Jason (see all)